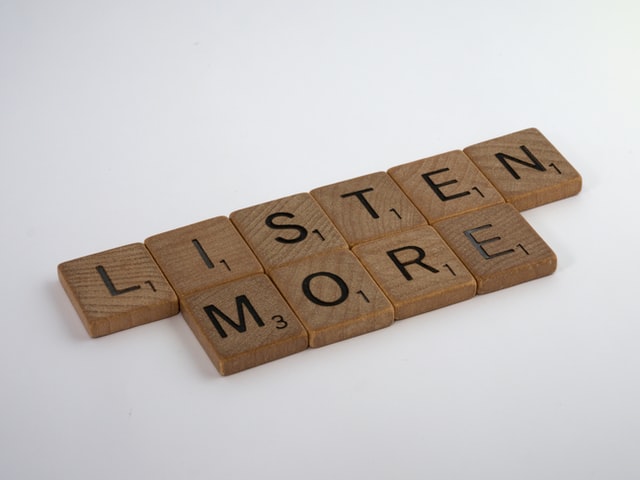 Sometimes it feels like we tell our kids certain things or give them certain pieces of advice and they just don’t seem to grasp what we’re telling them. This becomes especially true as our kids get older and start to reach the teen years. They become more independent and that mom or dad, “I told you so” becomes more of an annoyance than it does an affirmation.

The interesting thing about watching kids grow is how they wind up doing the things you’ve always told them to do all along. It’s really a surprise twist but our kids actually do listen to us more than we realize. I’m not talking about that one thing you told them to do that one time. I mean the things that you really tried to advise your kids on over-and-over.

In these moments, where we are telling our kids to do these things, it always seems like they will never get it. It seems like it goes in one ear and right back out the other. That they’ll never catch on or remember to do the things we tell them. And then you end up feeling like a broken record repeating yourself. However, what actually happens is quite surprising.

As your kids start to get older, they actually start to do those things you’ve repeated to them over the years. It’s almost like they know you’re going to say it anyways, so they try to do it before you can even say it, just so you can’t say it… lol

But maybe it’s also that subconscious part of their mind that is reminding them. That because they’ve heard the advice so much, it sort of sticks with them over-time. And then when that moment comes where you would normally say, “Don’t do that” their subconscious mind just says it for you.

It’s almost like practicing how to do or learn something new. It starts to become a matter of repetition and then before too long the body can just do it automatically.

I think as parents we often feel frustrated that we have to repeat ourselves over-and-over to our kids about things, I know I have, but what we really need to realize is the power that we have in that repetition. If we start to look at that process as practice or training, and not just as us saying something again, we can actually influence our children to a much greater degree than we realize.

By understanding that repeating something, we can help our children actually remember it and actually act in a positive way on it, can be incredibly powerful. And so it becomes very important that we use that power for the things that matter most with our children. Yes we can remind them to pickup their toys or to clean up after themselves but we shouldn’t forget about the things that really matter in life.

We should be reminding our kids, as often as we can, to hold the door for someone, to say thank you, to think of something they’re grateful for, to help a friend out, to say something nice to someone, to work hard on things, to never give up… These are the things we should be repeating to our children every day over-and-over.

As parents, we should remember that picking up the toys is a short-term concept with low value. Yes things look nice, but it doesn’t make anyone else’s life better. It doesn’t make someone whose down, feel good about themselves. It doesn’t help make the world a better place, and as our kids get older, it won’t matter. We should remember to focus on the things that do matter like kindness, hard work, and passion.

So the next time you feel like your kids aren’t listening to you, remember, they are listening, it just takes practice and the question you really need to ask yourself is, are you practicing the right things?