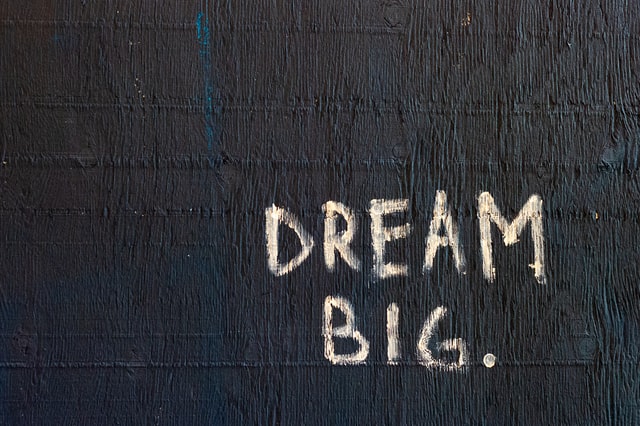 I set out to figure out how other great people were living their lives and started taking bits and pieces from them and putting it into my life. This research and the subsequent changes in my life are where most of my blog posts have come from.

And I knew that I wanted to share these experiences because if I just did this quietly, to myself, I wouldn’t stay motivated. If my reasons were selfish, then I’d be Missing the Point. But if I could make it bigger than myself. If I could be honest and open about the work and open myself up for criticism, I could push farther.

And so far it’s worked. I’ve quit smoking, I just put in a 4 mile run. I was up at 4 am, I’ve made breakfast, I’m writing this post, and I’ll go hit the weights before I take my kids to school and clock into work.

At first glance that sounds insane. Three or four weeks ago I would have looked at that list and said, “there’s no way I can do that” OR, “oh maybe I could do that over the next couple of months I could slowly ease into this new lifestyle” And that attitude, that mindset, is exactly why I’d never done any of those things before. The biggest killer I’ve had in working towards any of my goals was that I was managing my expectations.

It’s also one of the first things a lot of people said to me when I shared this with them.

Whether it was myself or someone else, there was always a voice putting a cap on my potential. I’ve been just as guilty of it as well. I’ve told myself, “today I’ll just do this little bit” and “tomorrow I’ll do that part, today I’m just going to do this” and “okay I did enough, I can take a break now.”

I was always trying to tell myself that by just doing a little tiny bit, that it was going to be good enough. Not great, but good enough. And the truth is… it was never good enough. Complacency and being comfortable is not how we’re meant to live. It’s very much in our nature to push and push to the next level.

The greatest human beings in our lives are those who came from terrible backgrounds but had the drive to say, “I am going to do the most.” Our most successful athletes, actors and actresses, politicians, scientists, business owners, and community servants never put a cap on what they could achieve. None of them managed expectations.

Martin Luther King Jr didn’t just say, “oh I did some good this week in my neighborhood so I’m gonna kick back and have a few beers.”

Steve Jobs didn’t say, “great we made an iPod, let’s go on vacation and plan retirement.”

Tom Brady didn’t win just one Super Bowl and then retire from the game.

Michael Jordan didn’t get MVP one time and then coast the rest of his career.

Great people don’t manage expectations and you shouldn’t either. Don’t set your goals and put a limit on what you want to achieve. If you want to get in better shape, set your ultimate goal, and then plan your routine around what you need to do to reach that goal.